You know what’s the best?

When plans work out just perfectly, especially if those plans happen to be awesome. 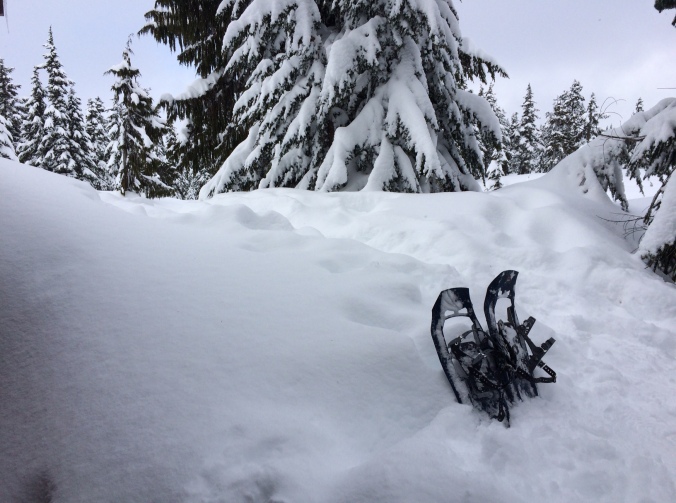 A couple of weeks ago, I met up with some of my UBC real estate buddies at an event in Vancouver. As I consumed as many free catered cookies as I possibly could, we decided that it would be fun to go on a snowshoe adventure. So we did. We picked a date, we picked a place, and we made it happen.

I feel like that never happens – people always vaguely say, “Oh, we should totally do that”, and then no one gets on the ball, or no one can agree on a date, or someone bails last minute, or weather gets in the way. Not with this crew; this crew gets it done.

It just so happens that the day we decided to snowshoe around Elfin Lakes turned out to be a magical day – the kind where the trees are capped with fluffy snow and big, fat flakes float down from the sky. It was as picture perfect as it gets.

I’ve only snowshoed a few times, but I really like it. I borrowed an extra pair of Mike’s snowshoes, but I am seriously tempted to seek some end of clearance deals out and acquire my own pair. My only challenge is that I may need to also buy a truck so that I can get to the Elfin Lakes parking lot on snowy days like this. 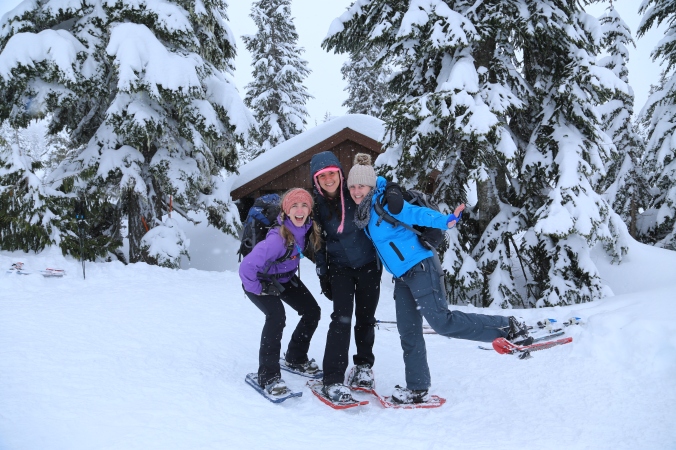 We were slightly restricted for time, so rather than trying to power to the Elfin Lakes hut, we took it easy and chatted our way along the steady incline up towards the Red Heather Hut. When we made it to the hut for lunch time, it was positively bustling – no surprise, given that it was a snowy weekend day. Still, it was FAR less busier than, say, the lift lines at Whistler Blackcomb probably were.

We warmed up by the fire (bliss), ate our lunches, and even checked out a little snow cave in the back. Then, we headed down, which took about half the time as the hike up.

The top of this stove got really hot, and people used it to warm up pitas AND to dry out socks. So people put pita on top of where nasty socks had been moments earlier. It was a bit gross.

I’ll admit that I hadn’t been completely stoked to see snow in the forecast – I just want to go back to trail running with no crampons, you know? But I have to admit that frolicking in the snow in Squamish can be ridiculously fun. 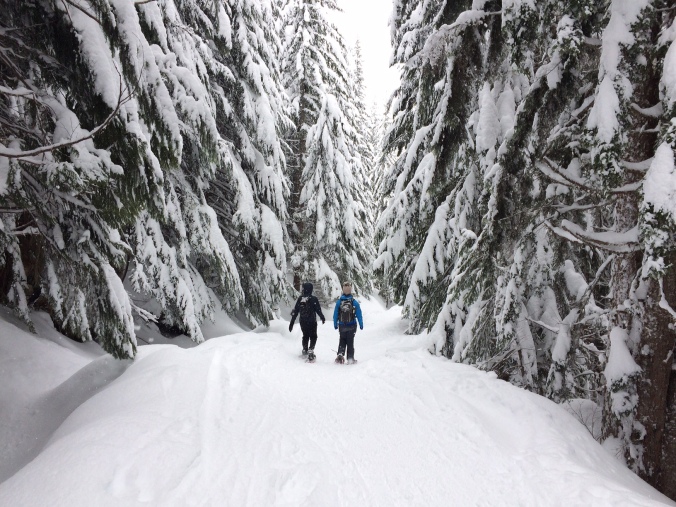