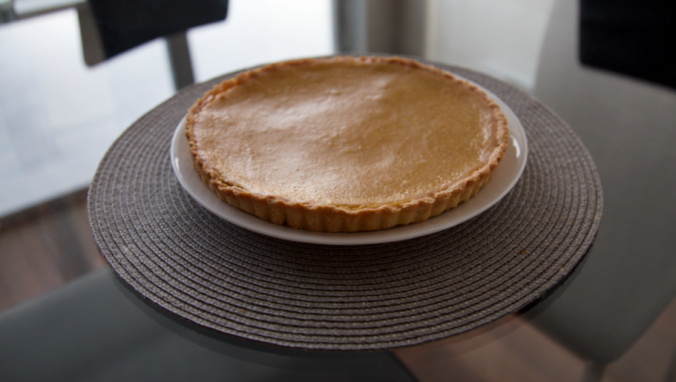 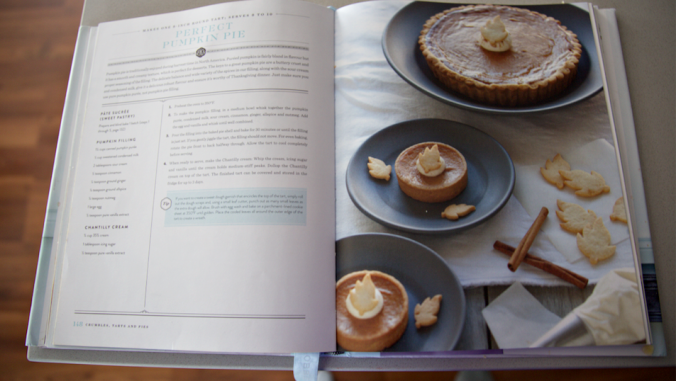 Today’s post is all about pumpkin pie – specifically, Bobbette & Belle’s recipe for the so-called “Perfect Pumpkin Pie”. I’ve mentioned before that I’m so-so on pumpkin pie. I enjoy a particularly well-made pumpkin pie, but I’ll usually reach for another dessert over pumpkin pie if given the option. However, Cedric loves pumpkin pie, so I’m happy to whip one up once a year.

Last year, I had great success with the recipe from The Pie and Pastry Bible. This year, it felt natural to borrow Bobbette & Belle’s recipe, as I’ve been baking my way through their cookbook since the beginning of the year.

The pastry used by B&B is the same sweet pastry used in the mixed berry tart and the mini blueberry hand pies. A few thoughts about this: 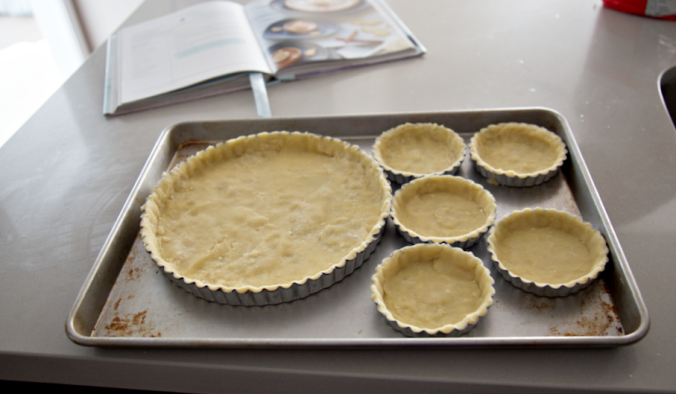 The pastry recipe made enough for a full tart, and I had enough leftovers to bake five mini pie shells, too. 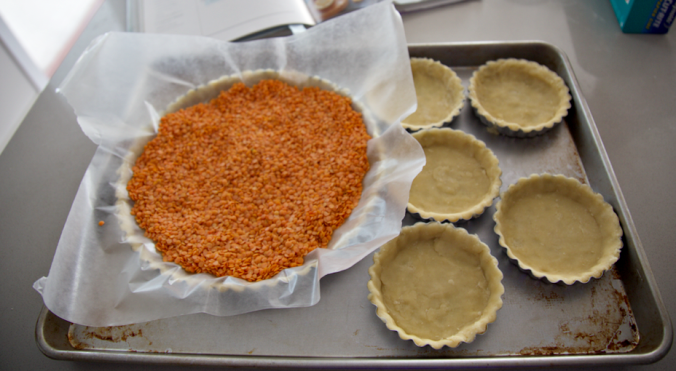 First up: the blind bake. This was a little tricky since we had the turkey sitting in the oven at 325 degrees, whereas the blind bake calls for 350 degrees. I just left the pie shells in extra long – as in, double the recommended time. This is standard for B&B recipes, in my experience – even if the oven had been at the right temperature, I would have given it plenty of extra time to bake. 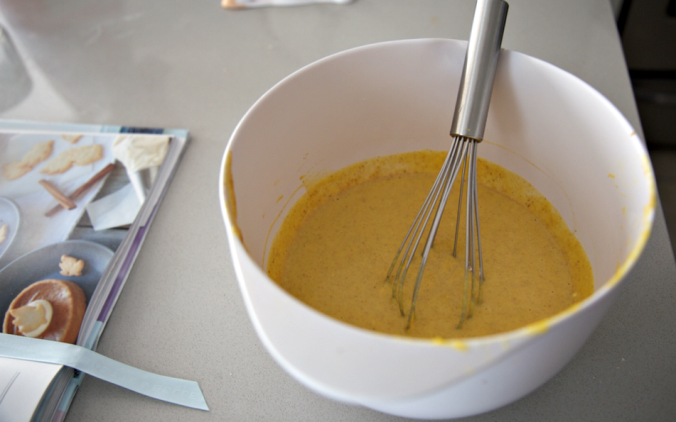 Once the light golden crust had been achieved, I let the pies shells cool completely before pouring in the filling. The filling is comprised of pumpkin puree (the book says canned, but I made my own), sweetened condensed milk, sour cream, cinnamon, ground ginger, ground allspice, nutmeg, and egg, and some vanilla. Although this is a semi-long list of ingredients, the actual assembly is easy: just whisk it all together in one bowl (the egg and the vanilla are added after the first several ingredients are combined).

I poured the filling in, and it was the perfect amount for a single pie. The book recommends half an hour in the oven, but I think I had mine in there for 55 minutes. It came out looking pretty darned good: the crust was not burnt, the middle was not wiggly, and it was a lovely colour. 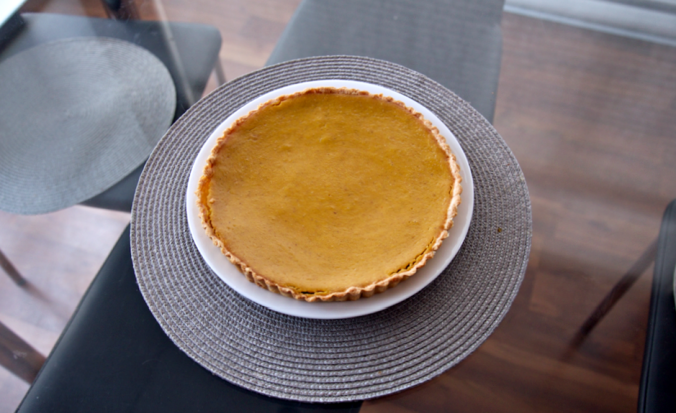 For what it’s worth, Cedric believes that whipped cream is a more suitable side for pumpkin pie than gelato. We’ll have to agree to disagree here. 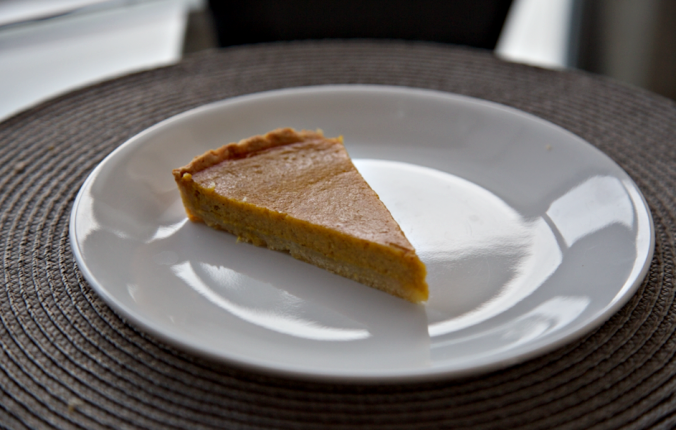 I deem this pumpkin pie a decent success, though I’m not sure I’d call it perfect. First, I would argue it’s more of a pumpkin tart. Second, I liked it, but I wasn’t blown away by it – I remember loving The Pie & Pastry Bible recipe a lot more. However, Cedric – who is clearly the pumpkin pie purist in our family – thought it was incredible. Out of our entire Thanksgiving meal, the pumpkin pie earned more enthusiasm than any other dish. 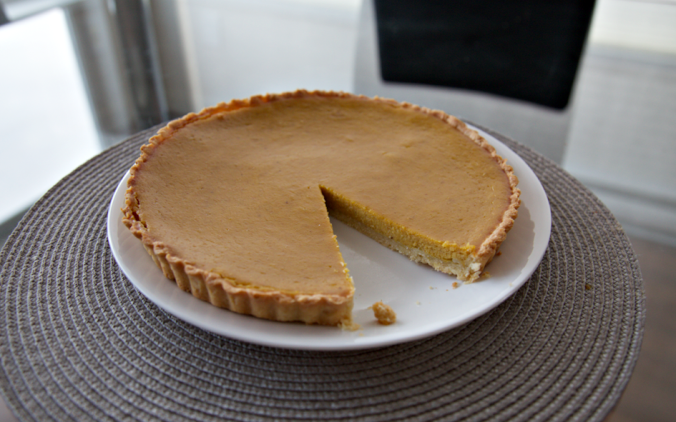 Final thoughts? It’s a finicky dough, an easy filling, and a quality pie if you’re a fan of pumpkin.

I am a participant in the Amazon Services LLC Associates Program, an affiliate advertising program designed to provide a means for us to earn fees by linking to Amazon.com and affiliated sites.