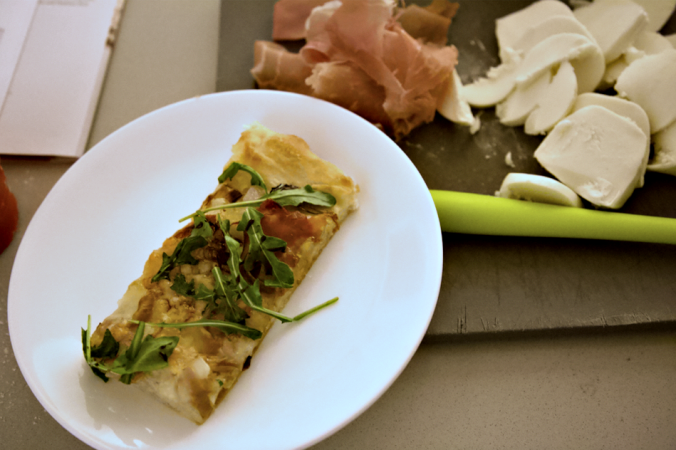 I was so very excited to receive my very own copy of the infamous Flour Water Salt Yeast cookbook for Christmas.

I have heard about this book for a long time – it is the cookbook of all cookbooks when it comes to artisan bread.

For the past year, I have been baking bread from my beloved (and currently extremely tattered) Bread Illustrated cookbook. I love Bread Illustrated for its simplicity, its excellent use of photographs to clearly illustrate each step, and the sheer variety of types of breads it covers. I fully plan to continue to bake from it because it goes beyond the typical rustic sourdough thing that seems to be popular right now. (Popular in bread circles, anyway. Sometimes I forgot that most people don’t spend a lot of time in bread circles.)

Flour Water Salt Yeast (which I shall call FWSY going forward) has a much narrower range of breadly recipes, but it goes much more in depth than Bread Illustrated. It’s basically like a college textbook of all things bread. It really, really goes into detail about various techniques and examines each and every variable that goes into baking bread, including temperature and time (and how to adjust each of these based on your own circumstances). It’s user-friendly, but it’s advanced.

I’m not going to lie – I find it a little intimidating. I feel like I need to read it cover-to-cover before I give it a serious go. But I did crack and try a recipe the other week – and it was fantastic.

You see, I wanted to make a pizza for dinner. I mentioned that I wanted to pick up some dough while I was in Whistler (Pasta Lupino sells its delicious dough dirt cheap!), and a girl in my book club said, “I thought you baked bread?!”. She was right – why on earth was I planning on buying pizza dough when I knew very well I could make it myself? 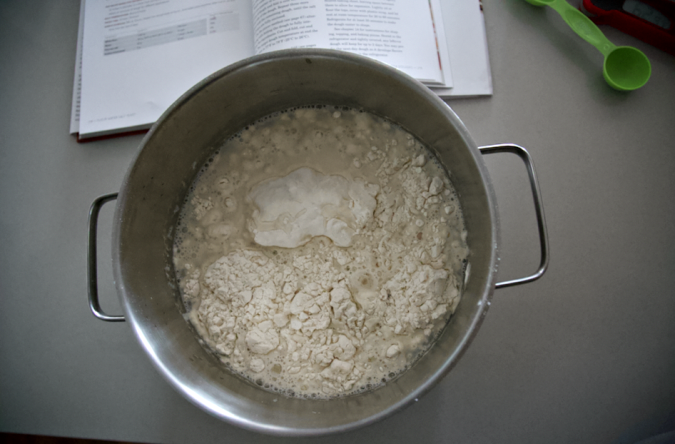 The ingredients – you’ll be shocked to know – are flour, water, salt, and yeast. One recipe yields a MASSIVE amount of pizza dough – enough for five pizzas. As the devoted pupil that I am, I read the methodology section before starting this recipe and realized that I could make two huge focaccia pizzas with the same amount of dough, so that’s what I did.

(We had pizza for days – and if you know Cedric’s appetite for pizza, you’ll know this is quite unusual.)

The recipe is super detailed when it comes to temperatures, which is awesome for making sure your dough turns out as perfectly as possible. It is on the cool side here, given that it is mid-winter, so I have created a proofing room of sorts in one of our bathrooms. It is small and windowless and easy to heat up without destroying our utility bill, and it served perfectly for growing my dough at just the right temperature.

Here’s another intimidating thing about FWSY: it doesn’t use a stand mixer. You just use – gasp – your hands! Secretly, this is a good thing – I sometimes wonder if my weekly sourdoughs and other breads are too harsh on my KitchenAid’s engine. It will be good to give it a bit of a break, I think. 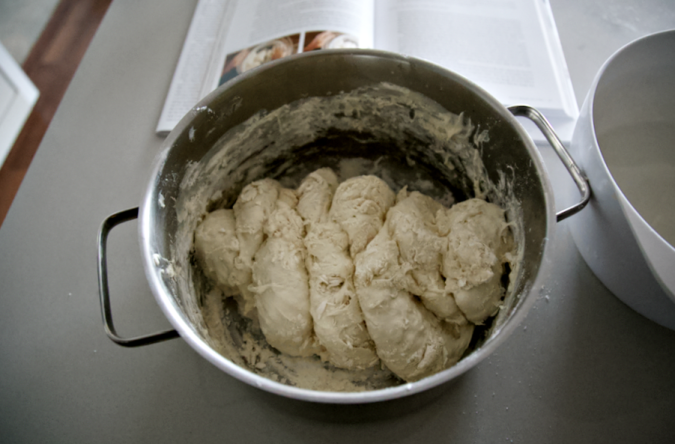 Of course, this means that rather than relying on a hook to do the bulk of the kneading in mixing, I have to use my own digits. The book outlines folding and pincing techniques (lobster claws, activate!) and it was actually kind of fun to squish the dough around to ensure all the ingredients got incorporated. I have a feeling this is the kind of thing that I will get better at over time. 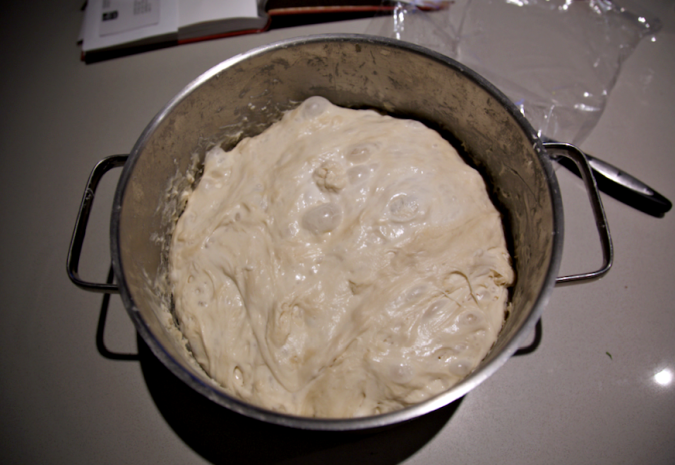 Daaaang look at those bubbles!

I also learned a new technique for creating smooth balls of dough. While Bread Illustrated talks about cupping the balls and making small little circles with it against the counter, FWSY uses a cup and drag technique, which I like a lot better.

So, I made two massive balls of dough, which became two large baking pan-sized focaccia pizzas.

I skipped the tomato sauce and topped them with bocconcini, caramelized red onions, proscuitto, and (post oven) arugula and Nonna Pia’s balsamic reduction.

The pizza was delicious. The dough was easy to maneuver before baking and after baking, it was light and flavourful and completely delicious.

The thicker focaccia meant we really got to sink our teeth into it and taste it, but I think it would be wonderful as regular pizza, too.

If the same-day dough is this good, I can only imagine how tasty the other three pizza recipes in this book are.