I thought the brownie looked very small and lonely on a plate, so I put it on a coaster.

We live dangerously close to a convenience store. When the craving for something sweet hits, it can be awfully tempting to run over and get a candy or a chocolate bar.

When this happens, I often feel myself underwhelmed with the same old mediocre-tasting options – sometimes I just go back home because nothing is calling to me. When I do find something I like, most of the time the enjoyment is merely fleeting. Blaaaaah.

Here’s an alternative I prefer: something easy to whip up – preferably something deliciously decadent – that involves little to no grocery shopping and that takes long enough to make to build anticipation, but is fast enough to enjoy within the hour. 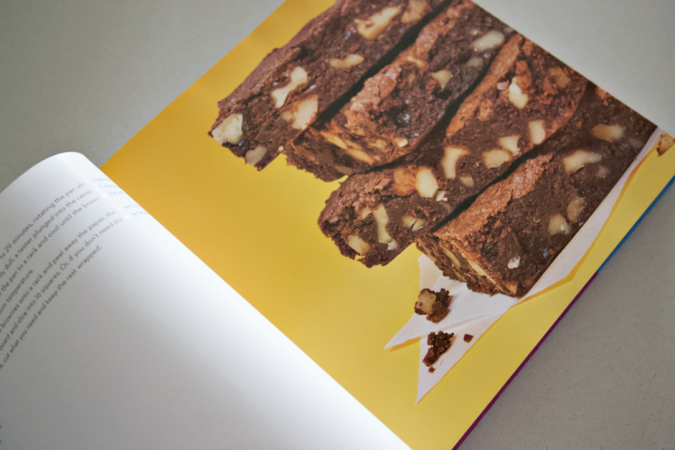 The Classic Brownies recipe from the Dorie’s Cookies cookbook that I’ve been dipping into is the perfect recipe for this. While I wouldn’t say this is the best brownie I’ve ever had (that honour goes to any brownie from Purebread – all hail Purebread!), it certainly hits all the criteria I listed above.

You probably already have butter, sugar, eggs, salt, flour, and vanilla on hand in your pantry. If you do, you’re most of the way there. The only other two ingredients needed are chocolate (bittersweet or semi-sweet) and optional walnuts. We opted for the walnuts, and I’m glad we did. I don’t trust people who don’t enjoy nuts in their brownies. (Unless, of course, those nuts would kill them or something.)

I always like it when a recipe starts by telling me to preheat the oven – that means there won’t be much waiting around. So far, this recipe is off to a solid start, right? 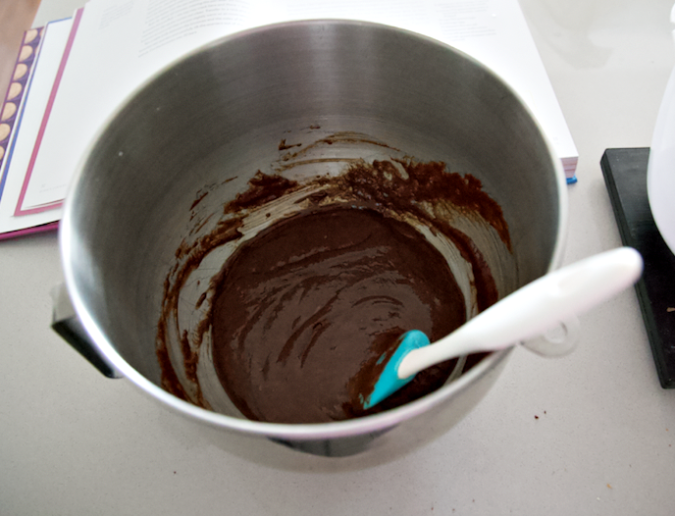 With the oven doing its thing, the next step is to melt the butter and chocolate over a double boiler, then once it’s just about finished, you take it off the heat and stir in the sugar. Then the eggs go in, followed by the salt and vanilla.

The last step is the flour: unlike the previous ingredients, which get mixed in with no abandon, the flour needs to be gently folded in. The last items to get added to the batter are the delicious (and optional) walnuts.

If you’re reading between the lines here, folks, you’ll realize that this recipe does NOT require a stand mixer (or an electric mixer of any sort). THIS is what a call the perfect quick recipe – minimal waiting, minimal dishes.

Finally, the brownies get baked for 27 to 29 minutes – I put mine in for 29 and they were perfect. These brownies are dense and squat – they’re not the prettiest, to be frank, but I like that they’re firmly in the brownie category, not in the cake category.

Of course, the brownies are delicious while warm, but we managed not to devour the entire pan straight out of the oven. I can attest that they are indeed good after a few days if you take care to store them in a tupperware.

While I appreciate these no-nonsense brownies for what they are, I am a little intrigued with some of the variations proposed for them: 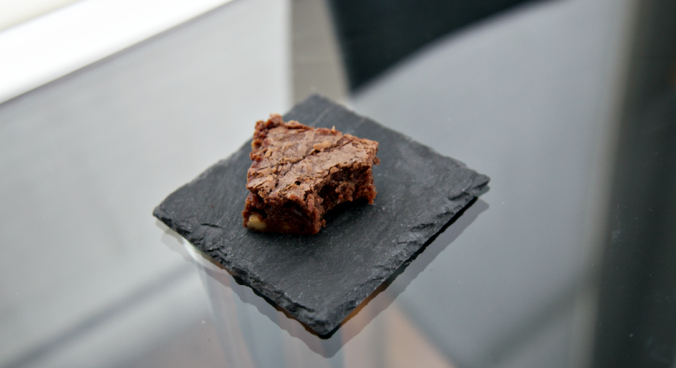